Kingsmen, a new era Bond film minus the charm.

This film follows the same tried and true spy thriller formula that has made James Bond films popular since the 1960’s. Every cliche you’d now expect to see in a spy movie is present and accounted for. The gadgets, the well funded but secret spy agency, the criminally twisted mastermind, the deadly sidekick, the plot for world domination/destruction and wait for it… It was even based in the U.K.

In the beginning we see the Kingsmen embarking on a training mission in which they are to interrogate a captive in the field. Out of nowhere the captive is able to produce and detonate a hand grenade, our protagonist’s father is able to jump on the explosive saving his team but killing himself in the process.

Fast forward 17 years. Our protagonist “Eggsy” (Taron Egerton) is a troubled but smart young man with an abusive step father. In comes “Galahad” (Colin Firth) intending to live up to his promise to a young “Eggsy” and his mother to help them in any way he could, he sponsors the young man in a competition for one available spot in the Kingsmen…

On to the other fun players.

Samuel L. Jackson plays “Valentine”, a billionaire genius with a lisp. Yes, you absolutely read that correctly our megalomaniac mastermind has a speech impediment. “Valentine’s” plan is to rid the world of the vast majority of people by way of a signal emitted via cell phones.

The sexy and deadly side kick, “Gazelle” is played by Sofia Boutella. What makes “Gazelle” so deadly is her bladed prosthetic legs.

I’ve purposely left this review a bit ambiguous so as not to include any spoilers (as if it would matter).

I give this film 6 out of 10 stars.  Everything in this movie has been done before and in some instances better. The action scenes are decent (lots of exploding heads) and I did like the last bit of “cheeky” humor the movie ended on 😉

This entry was posted on February 15, 2015 by leon in Entertainment, movies, Reviews and tagged Gazelle, movies, Samuel L Jackson, The Kingsmen. 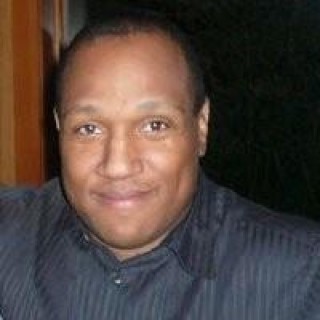